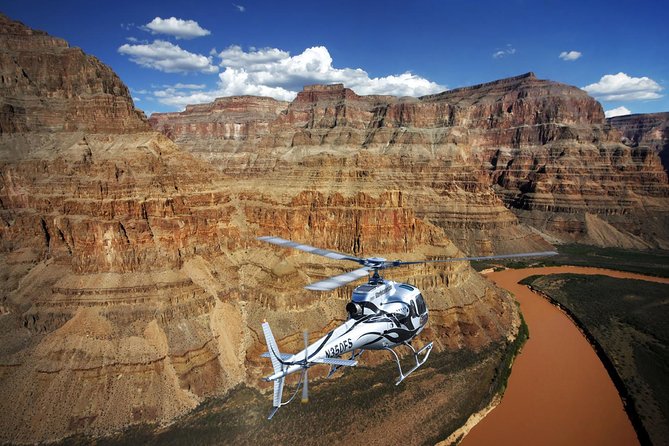 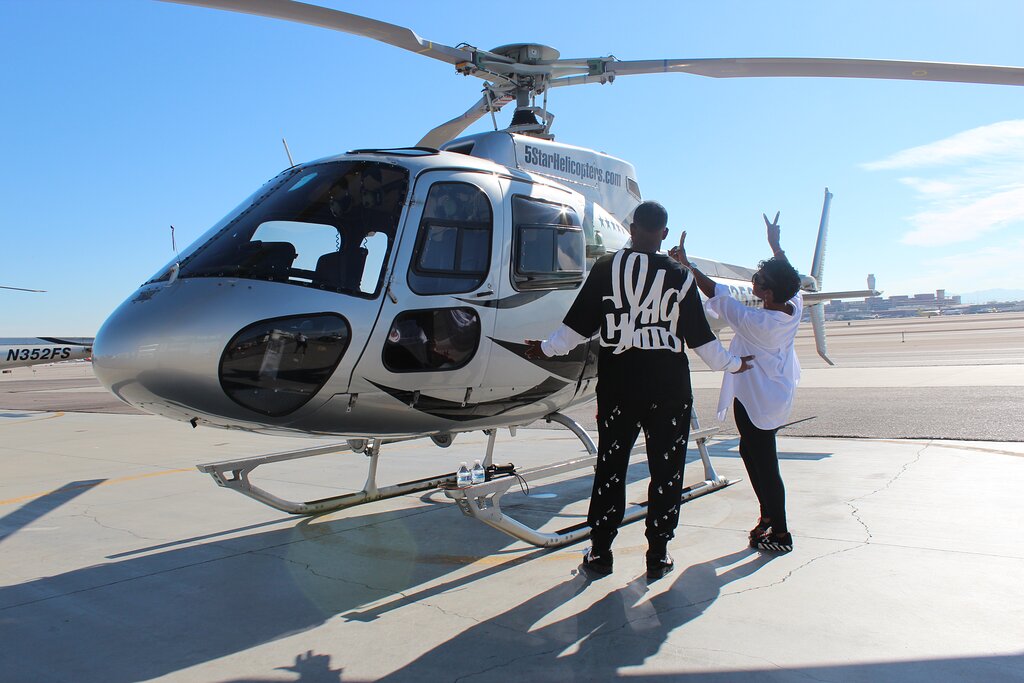 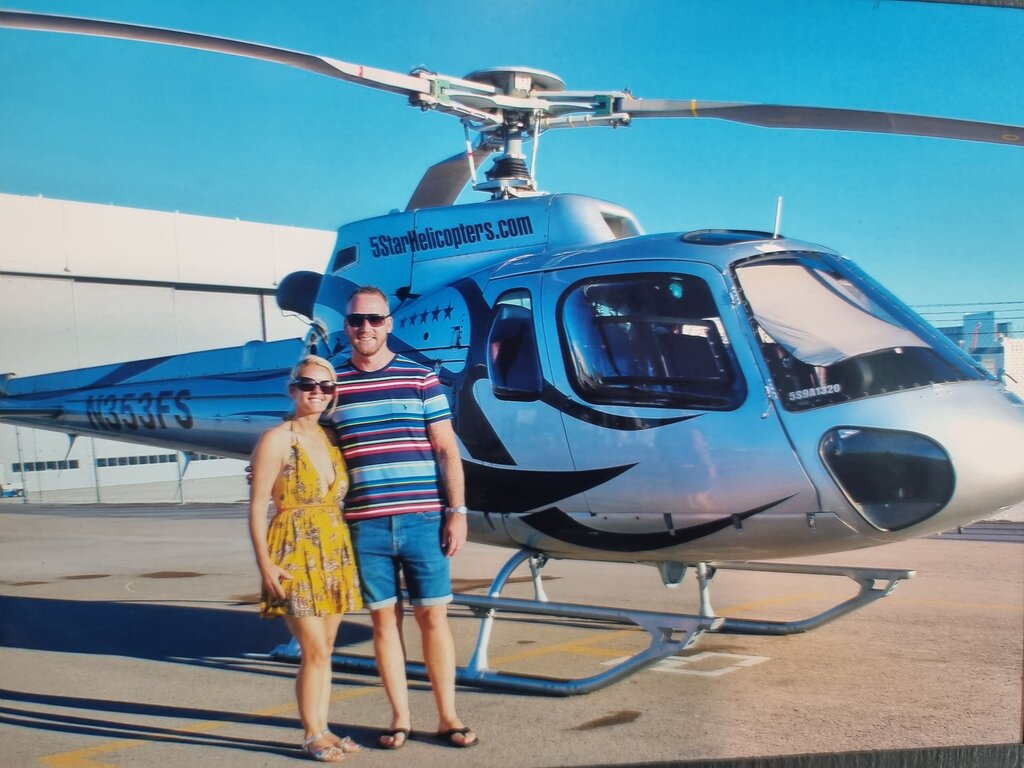 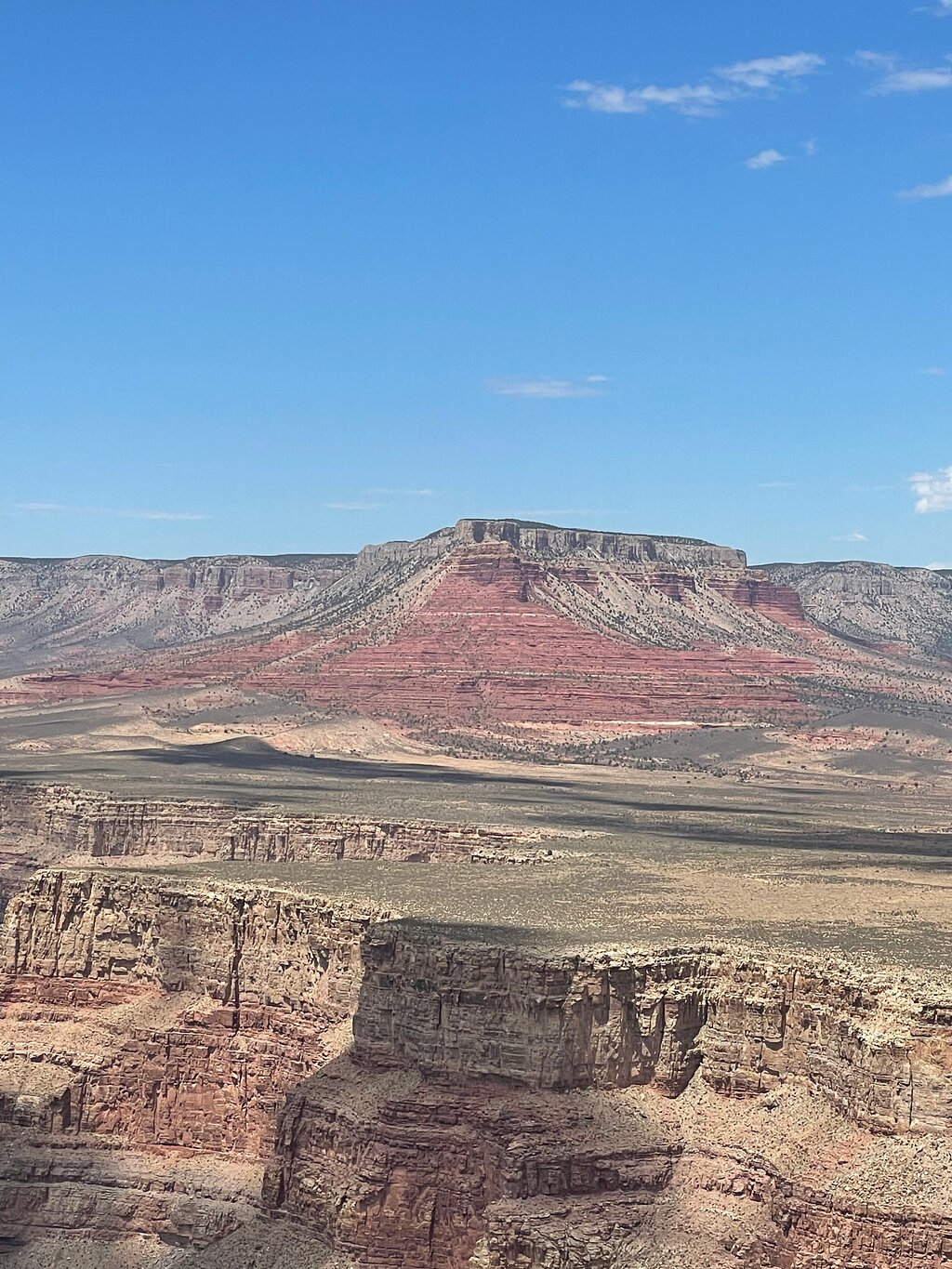 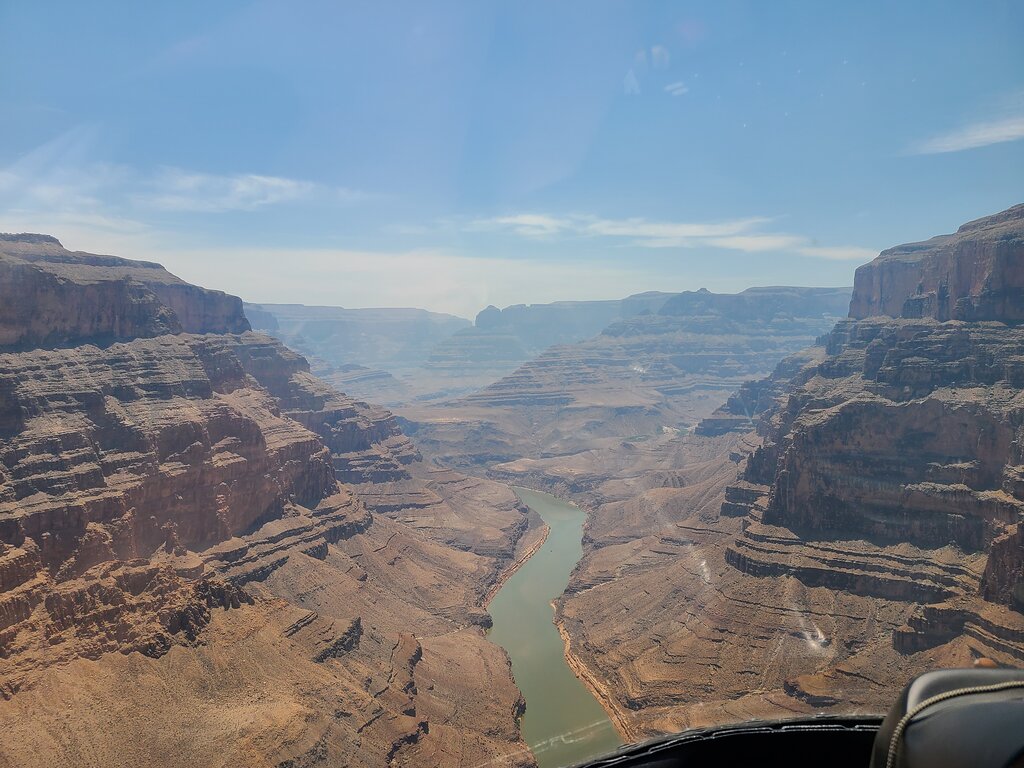 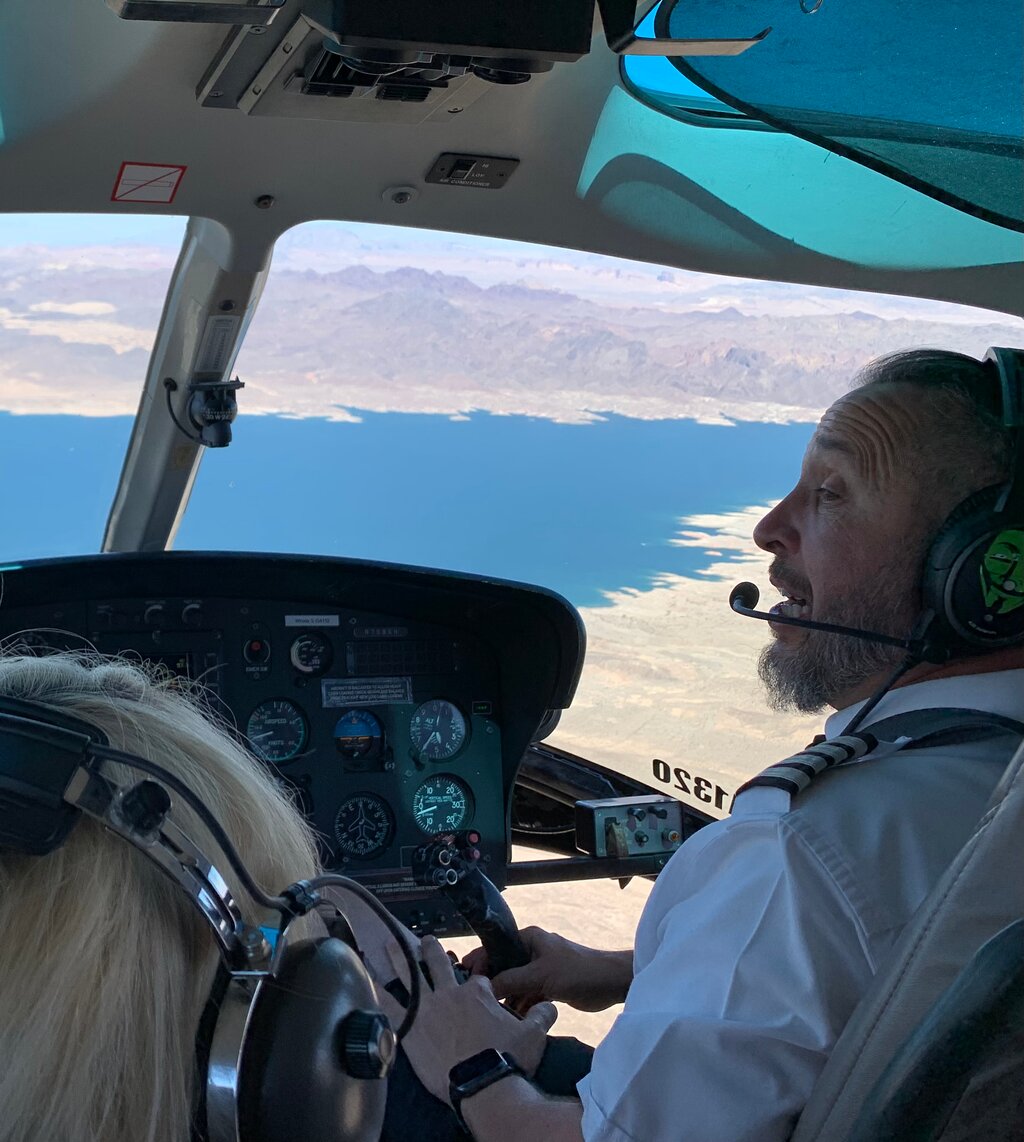 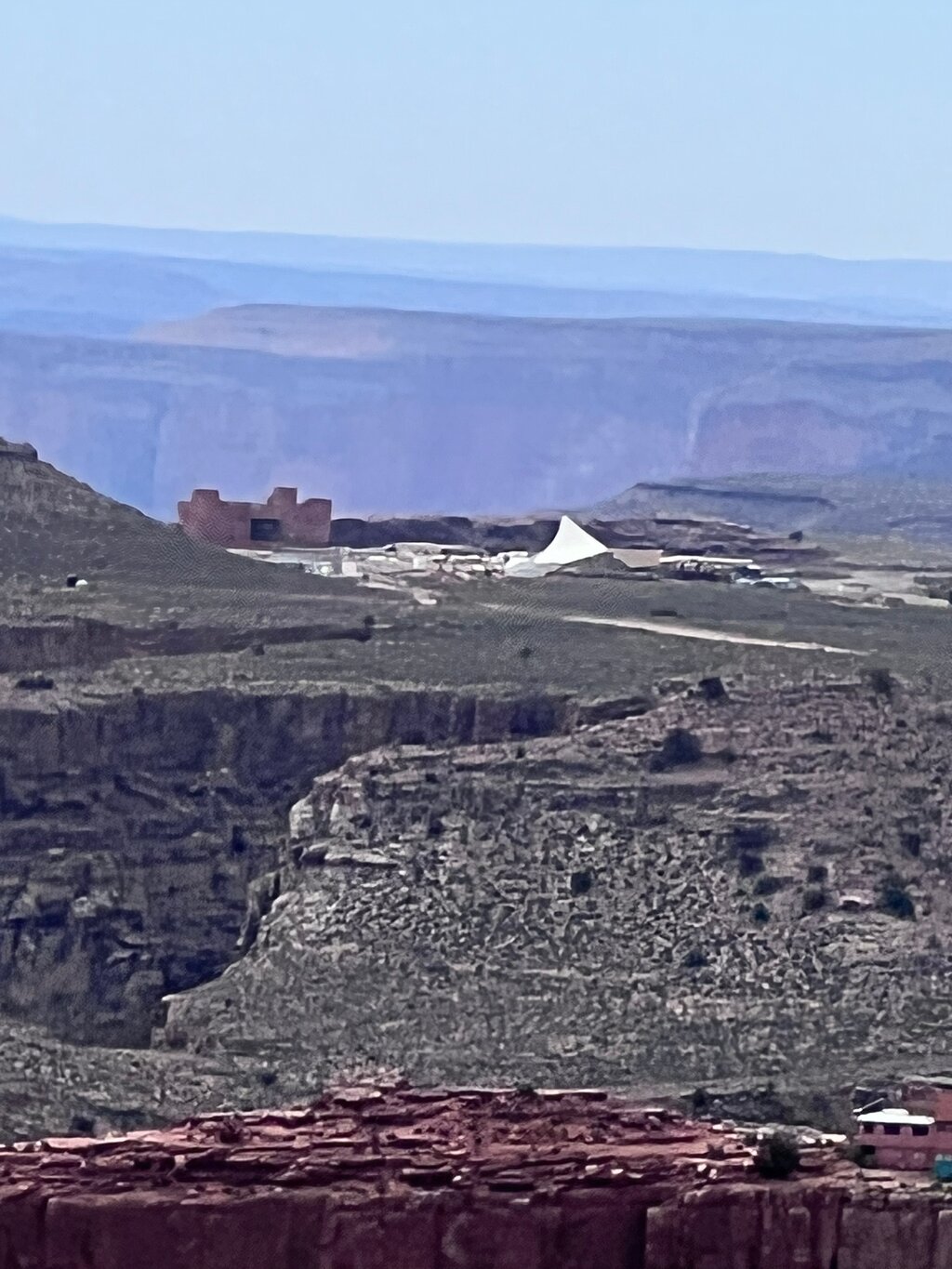 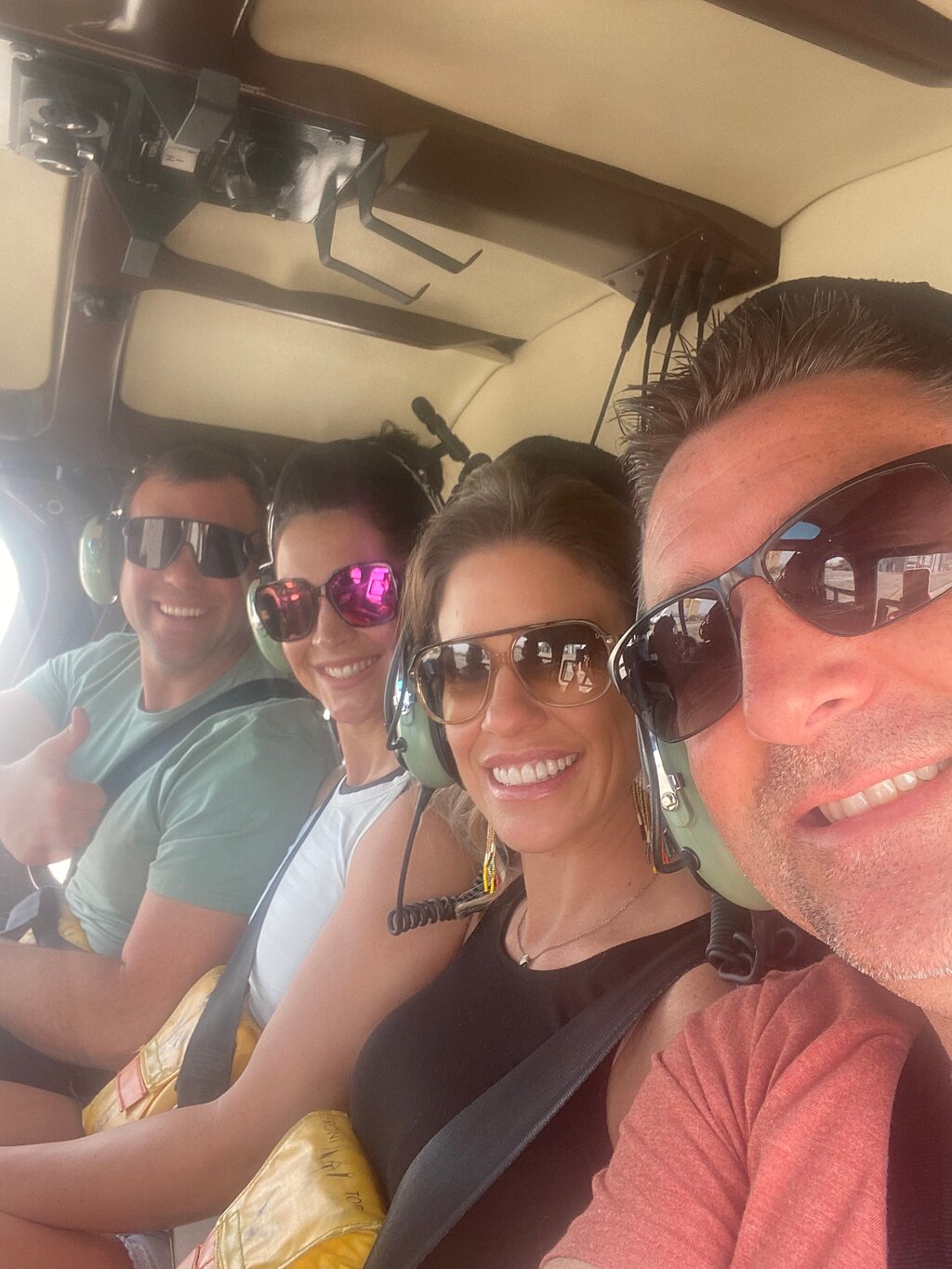 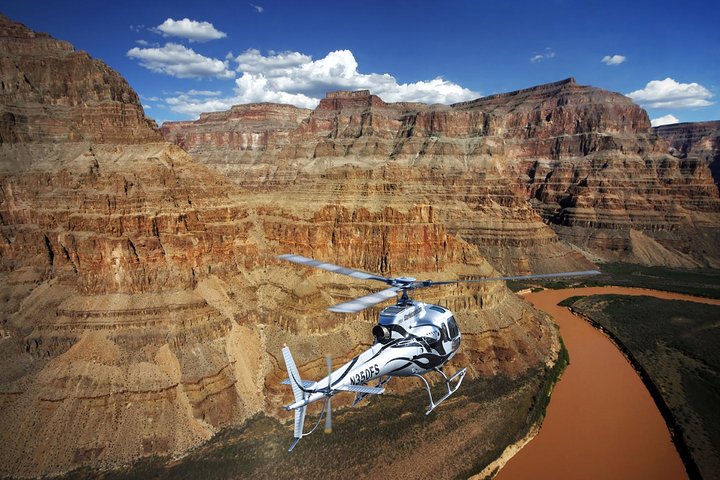 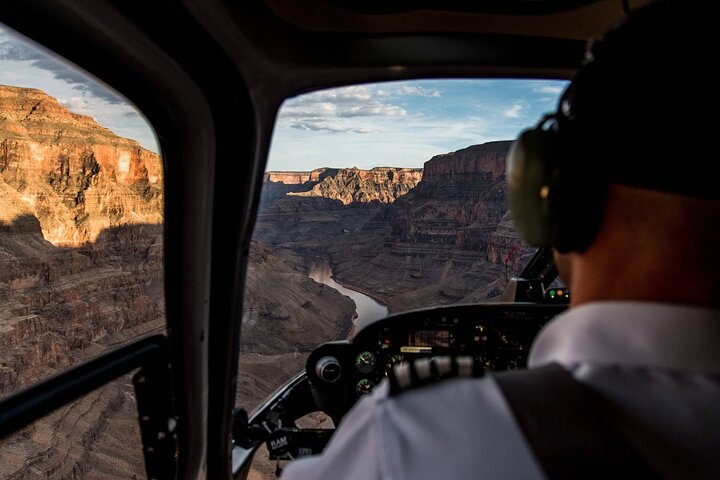 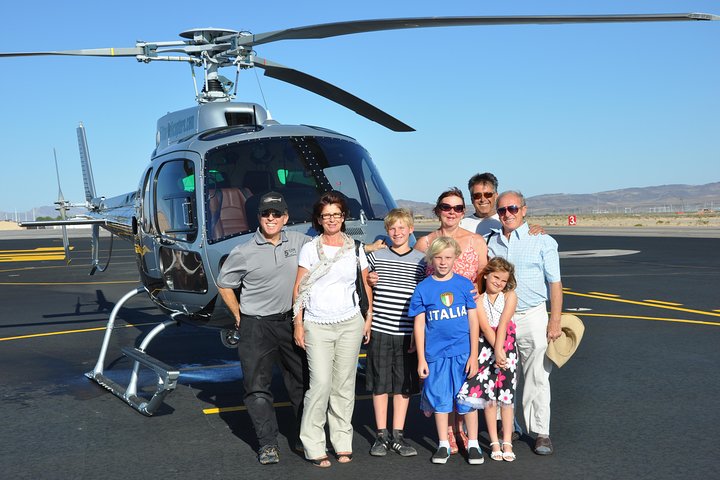 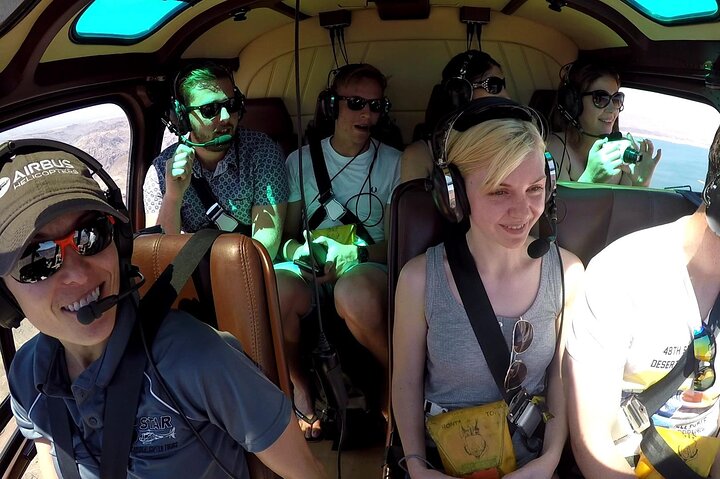 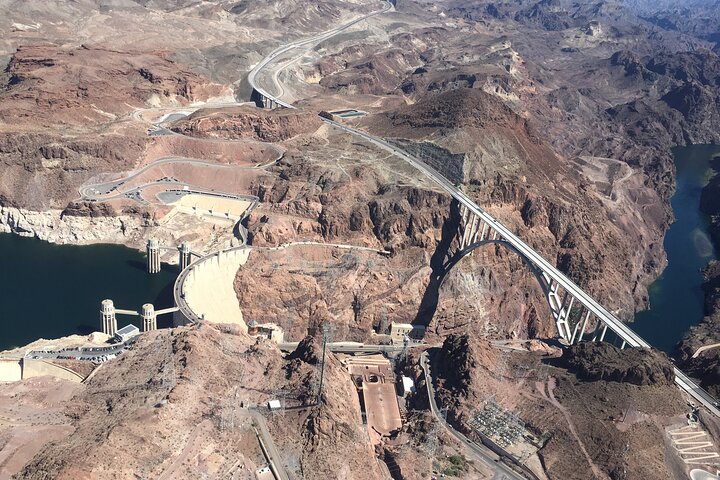 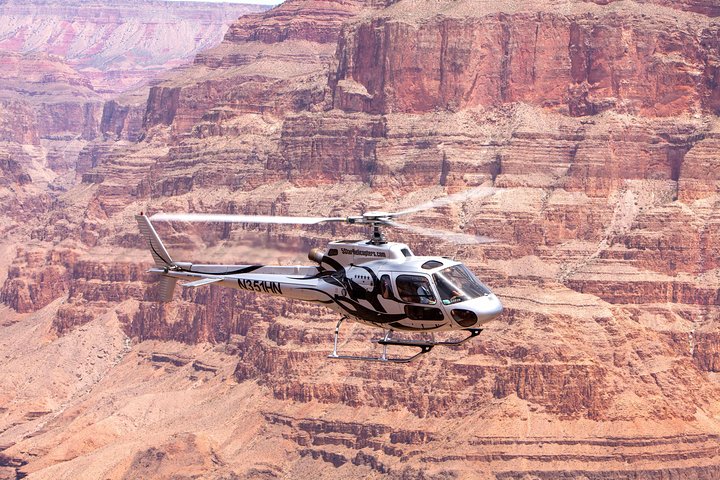 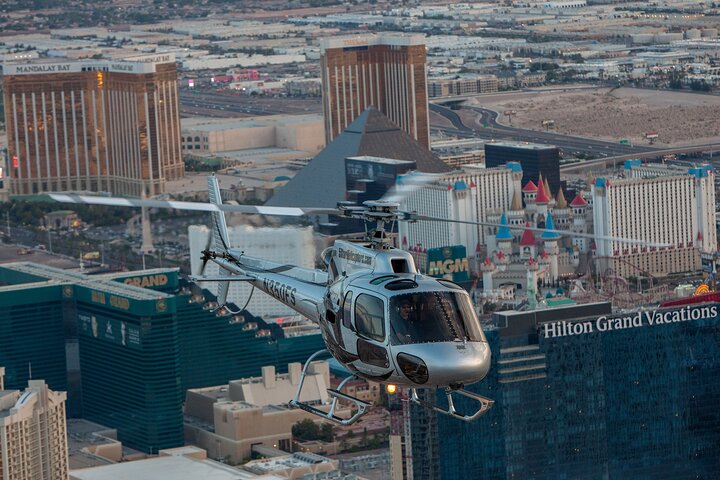 Travel in five-star style and luxury to one of the most incredible natural wonders of the world in a helicopter specifically designed for sightseeing. On this Grand Canyon flightseeing tour from Las Vegas, your pilot will provide informative commentary as you enjoy spectacular aerial views of the Hoover Dam, Lake Mead and the Black Canyon before soaring over the mighty Colorado River and into the majestic Grand Canyon. Don't miss this unforgettable experience!

Itinerary
This is a typical itinerary for this product

Take a break from the Las Vegas bustle and have some fun of a different kind on this helicopter tour to one of the Seven Natural Wonders of the World -- the Grand Canyon!

You’ll be picked up from your Vegas hotel by a Mercedes Benz van and driven to the helicopter departure site in Boulder City, where builders of the Hoover Dam (formally the Boulder Dam) lived during the dam’s construction in the 1930s. After boarding your state-of-the-art A-Star helicopter, set off on your 90-minute flight to the Grand Canyon. Enroute, enjoy amazing aerial views of the Hoover Dam and the new bypass bridge, Lake Mead and Black Canyon.

Fly past Fortification Hill, an extinct, colorful volcano, and listen to informative commentary from your pilot.

Fly over Lake Mead, created after the building of the Hoover Dam in 1931.

When you reach the Grand Canyon, descend into its depths and soar like an eagle over the Colorado River, past geological rock formations that are millions of years old. Don't forget your camera! Around every corner you’ll see cathedral buttresses and rock pillars with amazing, vivid colors!

Your helicopter tour concludes with a flight over the Las Vegas Strip including panoramic views of the Downtown Las Vegas, Caesars Palace, Bellagio, City Center, Mandalay Bay Resort and the Raiders Stadium.

For a full refund, cancel at least 24 hours in advance of the start time of the experience.